How scary it actually would be if The LORD were to stop speaking to us, for we would utterly perish, seeing that we live by faith, and faith comes by hearing and hearing The WORD of GOD (Romans 10:17). Jesus said Himself that man does NOT live by bread alone (physical), but by EVERY WORD that proceeds out of the Mouth of the Father (spiritual).

It sounds so spiritual to say there are times The LORD just doesn’t seem to be Speaking to us and that we must go on what we have heard instead of what we ARE hearing, but The WORD of GOD reveals to us in Hebrews 11:1 that, NOW FAITH IS, therefore NOW we must always be hearing The LORD.


Those who don’t know Truth "themselves" have taught us so many erroneous things that we have remained in the same bondage's we have been in for years. Romans 7:5 teaches us that it is the law that stirs the sin nature. If someone is telling you anything other than placing your faith in the cross of Christ will Save, Deliver, Mature, Conform, or Sanctify you, be it known, The LORD did NOT send them with THAT message and The LORD did NOT send you there to keep PAYING THEM TO LIE TO YOU. The Holy Spirit works solely within the perimeter of THE FINISHED WORK OF CHRIST (His cross). If we think otherwise, we have fallen from grace and have joined the ranks with Cain and the likes of Copeland, Hagin and all the rest of the folks who have their faith in their confession, their giving, their praying, their church attendance, etc… This is all make believe and fairy tale. (LAW)


The Law of The Spirit of Life IN CHRIST JESUS (The cross) has made me FREE from the law of sin and death (Romans 8). Most do not know this TRUTH, that The Holy Spirit is confined by law, HIS LAW, to working within our hearts based on our faith in the cross exclusively. He works based on what Christ did not on what we do. Thank God!!! Where were you made FREE FROM SIN AND DEATH? For those who have ears to hear, it was at the cross of Christ.


God Bless you and know that we are praying The LORD will reveal this Great Mystery (TRUTH) to you. Always remember, it is ONLY TRUTH that can set you FREE.
Pastor Curtis Hutchinson
No comments:

If God Be FOR Us 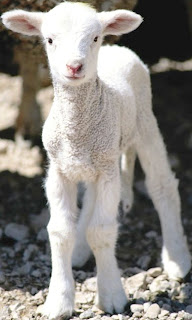 What shall we then say to these things? If God be for us, who can be against us?

If God be FOR us, who can be against us! In this scripture is hidden treasure for those who are willing to search it out, as Proverbs 25:2 reveals, it is the honor of kings to be able to do so.

If God be FOR us, doesn’t describe Him being for everything we’re doing, or even that He’s on our side, although He is. The word “FOR” in this scripture in its fullest Greek meaning describes substitution (instead of; in place of).

God was instead of you at Calvary. He took our place. It was Him at the cross bearing the price for our sin. Not only at Calvary was He FOR you, but from the foundation of the world, He has been FOR you, because the Lamb was slain from the foundation of the world (Revelation 13:8 & 1 Peter 1:20). Not just eternity past, but also in the eternal future, He is FOR you. He’s making intercession FOR you now. Have you ever wondered what Jesus is actually DOING to make intercession FOR you as He is seated at the right hand of the Father?

The answer is in the very scripture that tells us He’s interceding for us. “He ever LIVETH”. His intercession is simply His life. He lives FOR you because He atoned FOR all sin FOR you FORever. (Hebrews 7:25)

The Lord is for you. Don’t you know the devil trembled when He heard God would become a man? “The Seed of the woman” (Genesis 3:15).
He got kicked out of heaven trying to dethrone God, and when He found out he would have to come up against God as a man, he immediately began trying to kill everyone he thought might be THE SEED of the woman. (The Redeemer) He knew if God became a man, he would lose on earth as he lost in heaven. Hallelujah!!!

Praise God. As we keep our faith in only what Jesus did at Calvary, we will walk in the Spirit and the flesh will not have its desires met, and sin will not have dominion over you.
No comments: